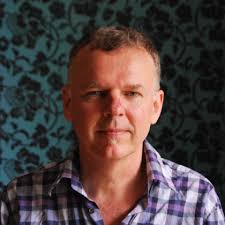 After the stonking success of the sell-out first ‘First Monday’ crime fiction event in April the second event in the series is approaching. But, don’t be fooled, the May event is actually being held on the second Monday – 9th May – to avoid the bank holiday!

If you’ve not heard of it before, First Monday is a monthly crime fiction/thriller night held in Central London. It’s a mix between a social evening and a literary festival panel – with the panel event happening first, from 6.30pm in the College Building at City University (off St John Street, near Angel tube) and the social element taking place from 8pmish in a nearby pub.

Great for readers, writers and industry types, first Monday is an informal get together for like-minded folks to meet up, talk crime fiction, and have a few drinks! There’s a small charge for the panel part of the event – £5 which includes a glass of wine compliments of Goldsboro Books. Goldsboro Books also sell books by the authors at the event, and after the panel there’s plenty of time for signing.

Brought to you by the creative minds of the fab foursome David Headley, Harry Illingworth, Katherine Armstrong and William Ryan, along with new recruit Ella Bowman, this series of events is already set to become one of the must-attend monthly events in crime writing.

Line ups announced so far are:

With a capacity of 110, tickets sell out fast, so to find out more and book your ticket go to www.goldsborobooks.com/events

This week I went along to the first in a fabulous new series of crime fiction/thriller events: First Monday.

Held on the first Monday of each month, this new monthly crime fiction/thriller night is held in Central London at City University. It’s a mix between a social evening and a festival-style panel, offering readers, writers and industry professionals a place to meet, enjoy each other’s company and hear about the latest and most interesting crime fiction around.

At the first event, chair Barry Forshaw (author of Brit Noir) questioned crime writers Elly Griffiths (The Woman In Blue), Amanda Jennings (In Her Wake), Mary Paulson-Ellis (The Other Mrs Walker) and Leye Adenle (Easy Motion Tourist). It was a great evening with a lively and entertaining panel, accompanied by wine and cupcakes (compliments of Goldsboro Books and Orenda Books) and some fantastic goodie bags (from Orenda Books). There was a signing afterwards with all the author’s books available to be purchased from Goldsboro Books.

The First Monday events begin at 6.30pm and are held in the College Building of City University on St John Street (close to Angel Tube station). Each event includes a panel discussion chaired by, amongst others, Barry Forshaw (Brit Noir etc), Jake Kerridge (Telegraph) and James Kidd (Independent). Upcoming authors include, Christopher Fowler (May 9th), Peter James (June 6th), Sophie Hannah and Belinda Bauer, as well as a host of established and debut authors from all over the world. After the panels, the conversation spills over to a local bar.

Organised brilliantly by David Headley and Harry Illingworth (Goldsboro books), Katherine Armstrong (Little, Brown) and William Ryan (author of The Holy Thief and lecturer on the City University Crime Thriller MA course), First Monday is also supported by The Crime Writers Association, City University’s Crime Thriller MA Programme, The International Thriller Writers and Goldsboro Books. It’s a friendly, fun and informative evening and one that I really recommend you try to get along to if you’re a fan of crime fiction and thrillers.

There’s a small entry charge (£5), which includes a glass of wine.

The next First Monday is on May 9th: Christopher Fowler, William Shaw and Jack Grimwood, chaired by Jake Kerridge. It’s going to be fantastic, so book your ticket soon – the April event sold out in no time!

For more information and to book tickets: www/goldsborobooks.com/events