Drumroll please … today I’m super excited to share with you the cover of MY LITTLE EYE by Stephanie Marland (my alter ego) coming later this year from Trapeze Books (Orion). I love the cover, and I hope you do to…

MY LITTLE EYE will be out in eBook towards the end of this year and in paperback in March 2018.

“A rocket-paced, dark thriller for fans of Mark Billingham, Sharon Bolton and Luther. Can a group of true crime addicts take on the police to catch a serial killer?

KISS THE GIRLS
A young woman is found dead in her bedroom surrounded by rose petals – the latest victim of ‘The Lover’. Struggling under the weight of an internal investigation, DI Dominic Bell is no closer to discovering the identity of the killer and time is running out.

AND MAKE THEM DIE…
As the murders escalate, Clementine Starke joins an online true crime group determined to take justice in their own hands – to catch the killer before the police. Hiding a dark secret, she takes greater risks to find new evidence and infiltrate the group.

As Starke and Bell get closer to cracking the case neither of them realise they’re being watched. The killer is closer to them than they think, and he has his next victim – Clementine – firmly in his sights.”

To find out more hop over to my Stephanie Marland page over on FaceBook at www.facebook.com/StephanieMarlandBooks

I am so excited to be a part of this cover reveal for the fantastic new book from CWA Historical Dagger 2016 winner, David Young.

Out on 9th February 2017 from Bonnier Zaffre, STASI WOLF is the second instalment in the Karin Müller series. I’ve had a sneak peep at the book already, and it’s a fabulous read.

What the blurb says: “How do you solve a murder when you can’t ask any questions? The gripping new thriller from the bestselling author of Stasi Child. East Germany, 1975. Karin Müller, sidelined from the murder squad in Berlin, jumps at the chance to be sent south to Halle-Neustadt, where a pair of infant twins have gone missing. But Müller soon finds her problems have followed her. Halle-Neustadt is a new town – the pride of the communist state – and she and her team are forbidden by the Stasi from publicising the disappearances, lest they tarnish the town’s flawless image. Meanwhile, in the eerily nameless streets and tower blocks, a child snatcher lurks, and the clock is ticking to rescue the twins alive . . .”

You can pre-order STASI WOLF from Amazon here

And be sure to follow David Young on Twitter @djy_writer to keep up to date with all his news.

OMG I am so incredibly excited to be a part of this cover reveal – playing number two in the one-two “double trouble” exclusive reveal along with the Queen of Bloggers LizLovesBooks – and revealing the fabulous cover for my good friend MARK HILL’s debut crime thriller – THE TWO O’CLOCK BOY.

This is one hell of a read – I can say that because I’ve been allowed a super early preview of this gritty London-set crime thriller – and folks, it’s something really very special. 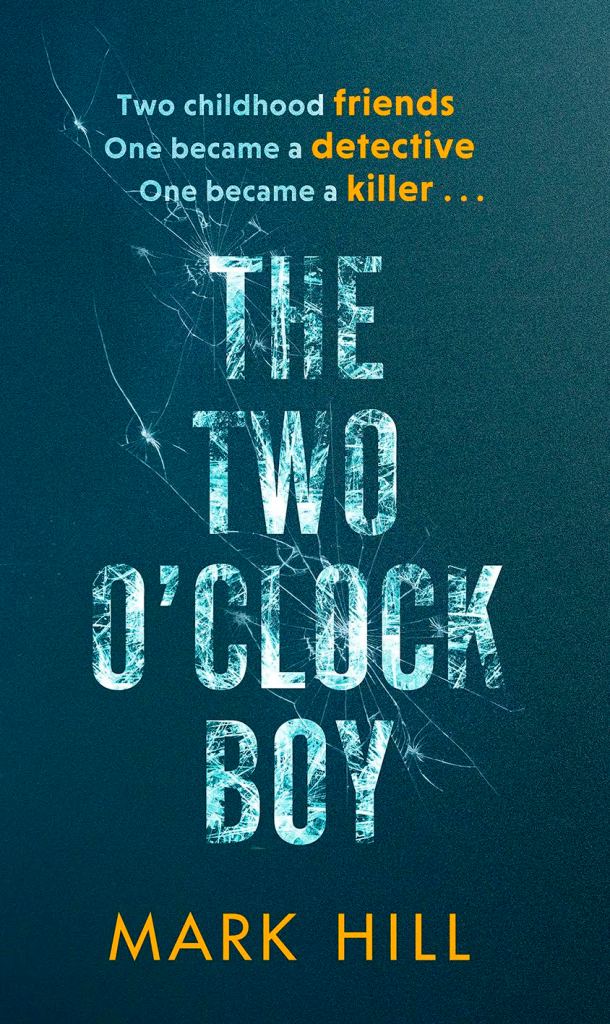 And here’s the blurb:

One night changed their lives
Thirty years ago, the Longacre Children’s Home stood on a London street where once-grand Victorian homes lay derelict. There its children lived in terror of Gordon Tallis, the home’s manager.

Cries in the fire and smoke
Then Connor Laird arrived: a frighteningly intense boy who quickly became Tallis’ favourite criminal helper. Soon after, destruction befell the Longacre, and the facts of that night have lain buried . . . until today.

A truth both must hide
Now, a mysterious figure, the Two O’Clock Boy, is killing all who grew up there, one by one. DI Ray Drake will do whatever it take to stop the murders – but he will go even further to cover up the truth.

THE TWO O’CLOCK BOY is the first in the DI Ray Drake series and, if you like your crime thrillers twisty-turny, high on drama and grit, and packed with gasp out loud moments, this is going to be just your thing.

Trust me, you will not want to miss THE TWO O’CLOCK BOY when it’s published on 17th November 2016!

I’ve got a real treat for you today!

Not one but two gorgeous cover reveals for the latest books of two of Orenda Books brilliant Finnish crime writers – THE MINE by Antti Tuomainen and THE EXILED by Kati Hiekkapelto.

Both books will be published in paperback on 13th October 2016, but if you just can’t wait that long you’ll be able to get your hands on the eBooks in August.

First reveal … THE MINE by Antti Tuomainen 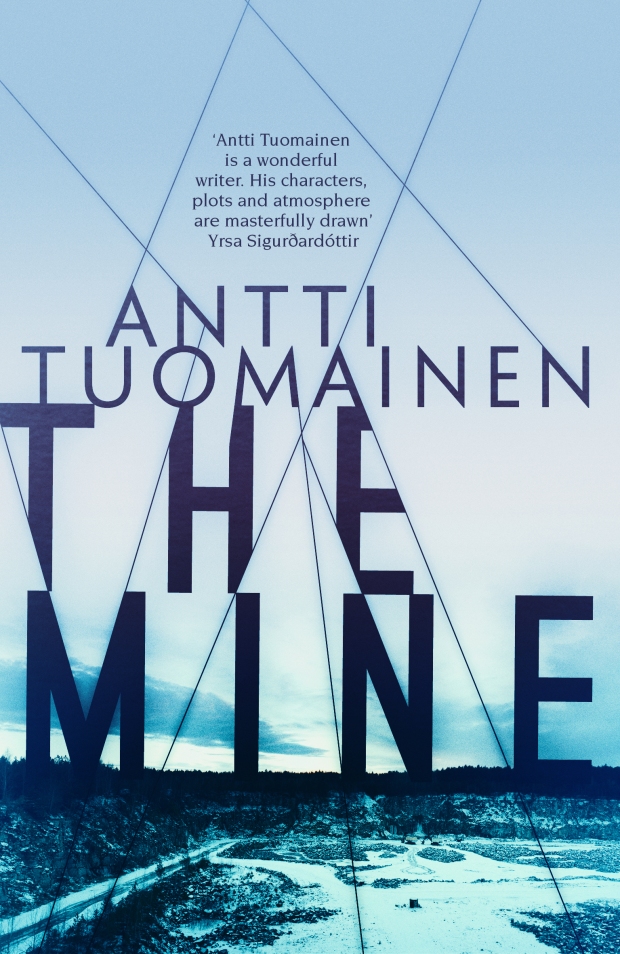 Here’s what the blurb says: “A hitman. A journalist. A family torn apart. Can he uncover the truth before it’s too late?
In the dead of winter, investigative reporter Janne Vuori sets out to uncover the truth about a mining company, whose illegal activities have created an environmental disaster in a small town in Northern Finland. When the company’s executives begin to die in a string of mysterious accidents, and Janne’s personal life starts to unravel, past meets present in a catastrophic series of events that could cost him his life.
A traumatic story of family, a study in corruption, and a shocking reminder that secrets from the past can return to haunt us, with deadly results … The Mine is a gripping, beautifully written, terrifying and explosive thriller by the King of Helsinki Noir.” 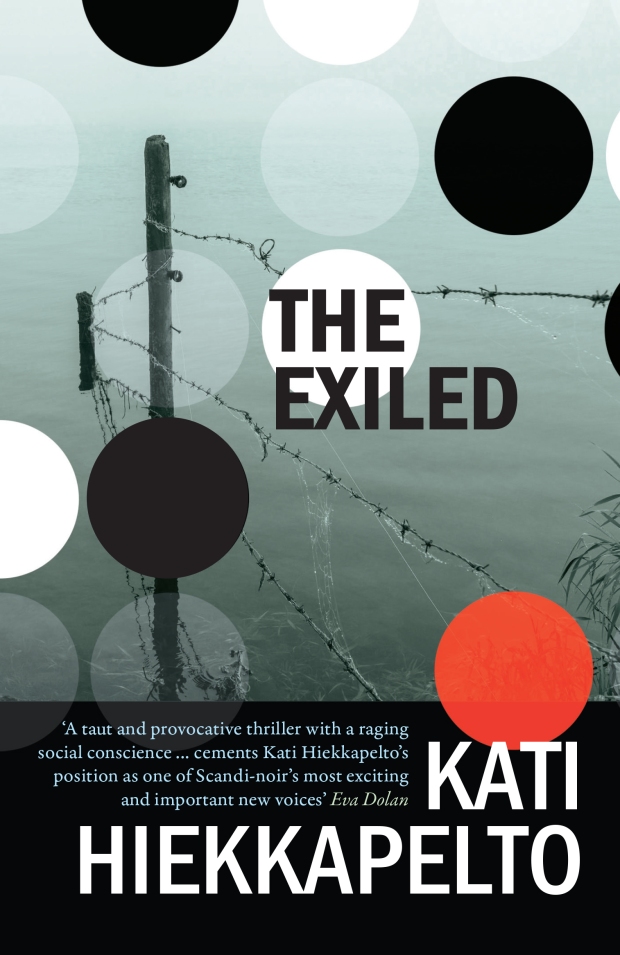 Here’s what the blurb says: “Murder. Corruption. Dark secrets. A titanic wave of refugees. Can Anna solve a terrifying case that’s become personal?
Anna Fekete returns to the Balkan village of her birth for a relaxing summer holiday. But when her purse is stolen and the thief is found dead on the banks of the river, Anna is pulled into a murder case. Her investigation leads straight to her own family, to closely guarded secrets concealing a horrendous travesty of justice that threatens them all. As layer after layer of corruption, deceit and guilt are revealed, Anna is caught up in the refugee crisis spreading like wildfire across Europe. How long will it take before everything explodes?
Chilling, taut and relevant, The Exiled is an electrifying, unputdownable thriller from one of Finland’s most celebrated crime writers.”

So put the date in your diary! You’re not going to want to miss these new novels by these two great Finnish crime writers.

WHERE ROSES NEVER DIE sees the return of PI Varg Veum. In September 1977, Mette Misvær, a three-year-old girl disappears without trace from the sandpit outside her home. Her tiny, close middle-class community in the tranquil suburb of Nordas is devastated, but their enquiries and the police produce nothing. Curtains twitch, suspicions are raised, but Mette is never found.

Almost 25 years later, as the expiry date for the statute of limitations draws near, Mette’s mother approaches PI Varg Veum, in a last, desperate attempt to find out what happened to her daughter. As Veum starts to dig, he uncovers an intricate web of secrets, lies and shocking events that have been methodically concealed. When another brutal incident takes place, a pattern begins to emerge …

Gunnar Staalesen has been dubbed “the Norwegian Chandler” and is the award-winning author of over 20 books, which have been published in 24 countries and sold over four million copies. WHERE ROSES NEVER DIE has been translated by Don Bartlett – the foremost translator of Norwegian crime fiction – who has also translated the books of Jo Nesbo, Karl Ove Knausgaard and Per Pettersen.

I’ve heard fabulous things about this book, and the cover looks really darkly chilling. It will be published in June 2016 – so make a note for next year’s must-read list.

It looks like another cracker from Orenda Books and I can’t wait to read it!

Be sure to hop on over to the Orenda Books website to find out more about this and all there other fantastic books at www.orendabooks.co.uk