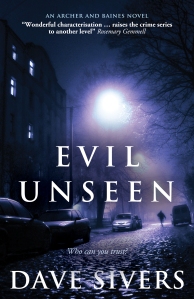 What the blurb says: “EVEN THE DEAD HAVE THEIR SECRETS. A reformed teenage gang leader is gunned down in cold blood and an angry DS Dan Baines, who knew the victim well, reckons he knows who is responsible. But his boss, DI Lizzie Archer, wants to know the identity of the mystery man who died with him – and whether he was intended victim or innocent bystander. When an officer from the National Crime Agency turns up and declares the case off limits to Archer and her team, it’s clear that there is more going on than meets the eye. Several conflicting agendas are in play and the body count is rising. And Archer and Baines realise that the only people they can truly trust are each other.”

When two people are gunned down in the street in the market town of Aylesbury, DS Dan Baines and his boss, DI Lizzie Archer, are determined to find who has brought gun crime to the Buckinghamshire town. But the case is more than just work for DS Baines, he has been something of a mentor to the younger victim, and the loss hits him hard, bringing losses in his past hurtling back into the present and haunting him day and night. DI Lizzie Archer is battling problems of her own, trying to carve out a new life in Aylesbury after relocating from the MET to escape London. As the two detectives piece the evidence together, and the body count continues to rise, they start to suspect that some of those engaging in criminal activity could be amongst their colleagues.

DI Lizzie Archer is a determined and dynamic detective who, having overcome personal injury, is building herself a new life from scratch. DS Dan Baines is a committed detective who is battling the demons of the past that, in this book, are threatening to overcome him. They make for an engaging duo.

It’s not often I get to read a crime book set in a place I know well, so it was a real treat for me to read this and picture exactly where in Aylesbury and the surrounding area the scenes were set.

EVIL UNSEEN is pacey story, with plenty of twists and intrigue to keep the reader guessing until the finale.

Perfect for fans of police procedurals.

EVIL UNSEEN is out now. To buy the book from Amazon click here 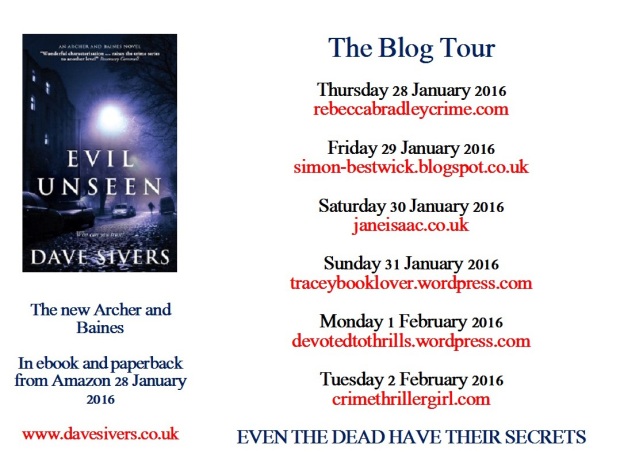